FIVS plays an important role in addressing emerging trade impediments and in seeking to open up markets by advocating for the dismantling of unjustified trade barriers. 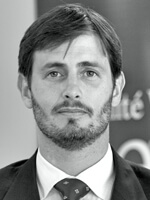 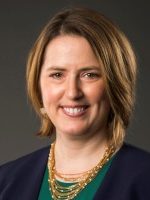 FIVS-Abridge is a database of national regulations and international agreements for markets around the world, covering topics such as certification, composition, labelling, marketing, packaging, production, promotion, tariffs, taxation, and transportation. This service is a resource for those interested in the legal aspects of the international alcohol beverage sector, particularly for those trading or intending to trade their products internationally.

FIVS-22 is a long-standing customs initiative where FIVS has regularly stressed the need for logical and understandable rules in interventions with national governments and international organisations. For example, FIVS offered one of the major detailed analyses describing considerations to be taken into account in properly classifying alcohol beverage products subjected to novel production techniques.

At its 2010 Autumn meeting, the WCO’s Harmonised System Committee (HSC) considered the proper classification of three “test” products and possible revisions to relevant Explanatory Notes in Chapter 22. In 2011, the HSC considered and classified certain fermented products that had undergone purification techniques (e.g., reverse osmosis, ultra-filtration, etc.) under headings that had hitherto been exclusively reserved for distilled beverages. The following industry report, including some particular annexes, describes the high degree of uncertainty such re-classifications would (and now will) have for the trade. This legal examination suggests how these decisions are inconsistent with the long-standing architecture of this customs chapter. The legal analysis (both in summary and complete forms) is still germane, despite having been written before the HSC classification determinations in 2011. In the Spring of 2012, the HSC made changes to the HS definition of “ethyl alcohol” in order to bring its explanatory notes in line with its classification decisions of the test products.

FIVS members, partners, and others have conducted studies to demonstrate how different segments of the wine, spirits, and beer sectors contribute to national economies. FIVS member Wine Australia worked on a report in 2019 exploring wine’s economic impact on Australia. The report calculated that wine contributes $45.5 billion to Australia’s economy. Similarly, Vinos de Chile found that the wine sector made up 0.5% of Chile’s GDP and brought in $205 million in tax revenue in 2019. A study completed in South Africa in 2021 determined that the wine sector makes up 1.1% of that country’s GDP and provides 270,000 jobs. A 2022 Oxford Economics study showed that the global beer sector supports 23 million workers, or one in every 110 jobs around the world. In the United States in 2018, alcohol beverages made up 1.65% of GDP, brought in $363.33 billion, and supported more than 4.4 million jobs. These findings show that the wine, spirits, and beer sectors are an integral part of many national economies. Further information on alcohol beverages’ economic contributions can be found in the reports below.